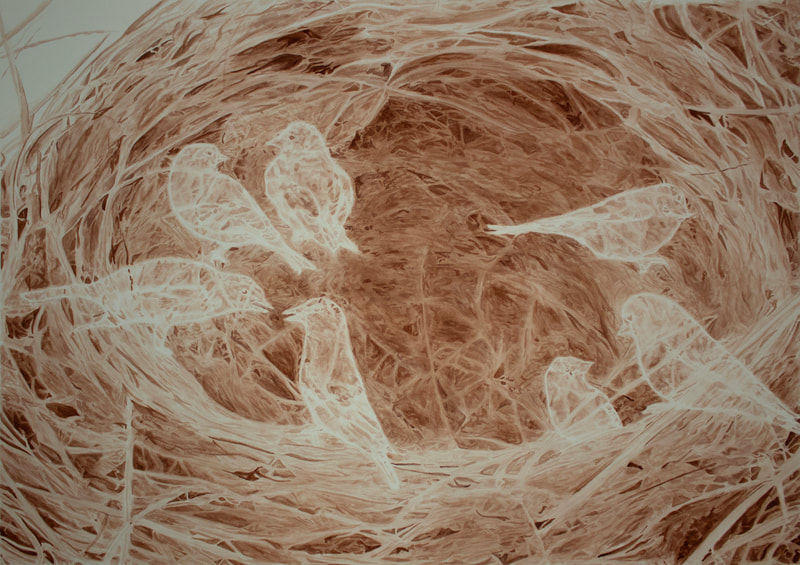 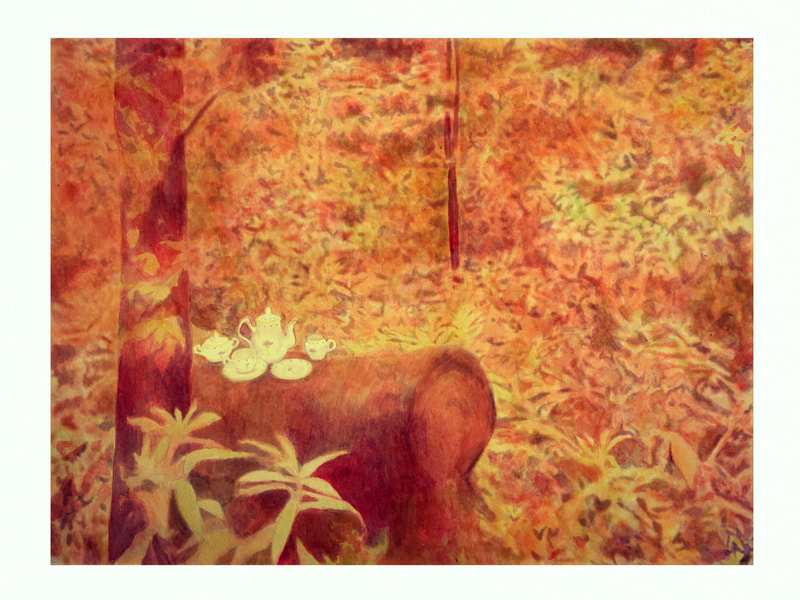 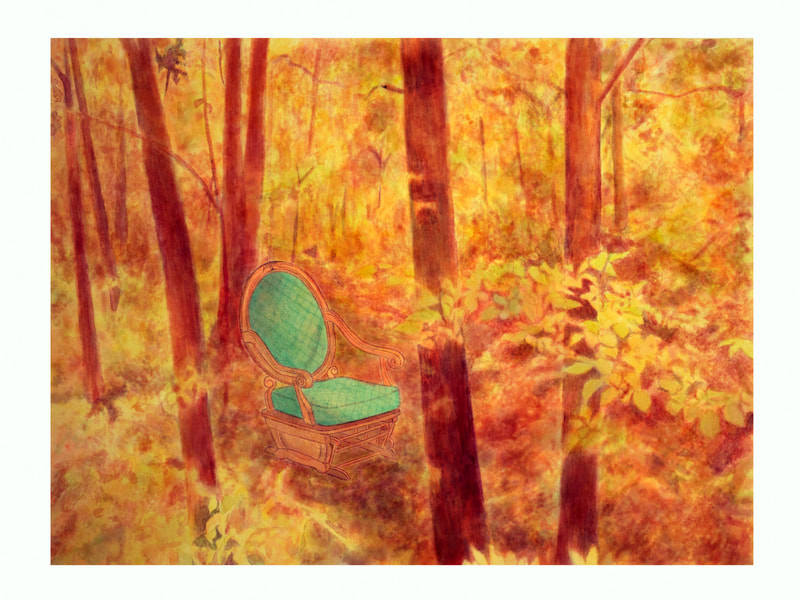 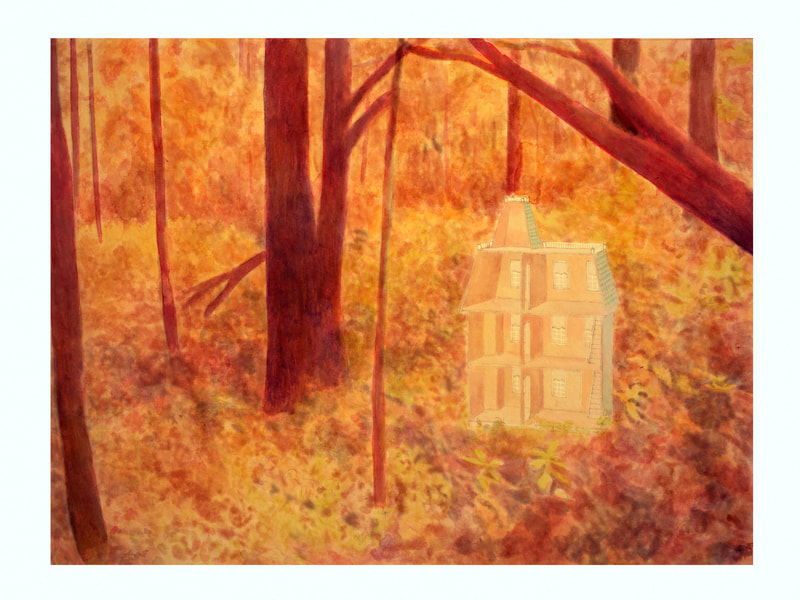 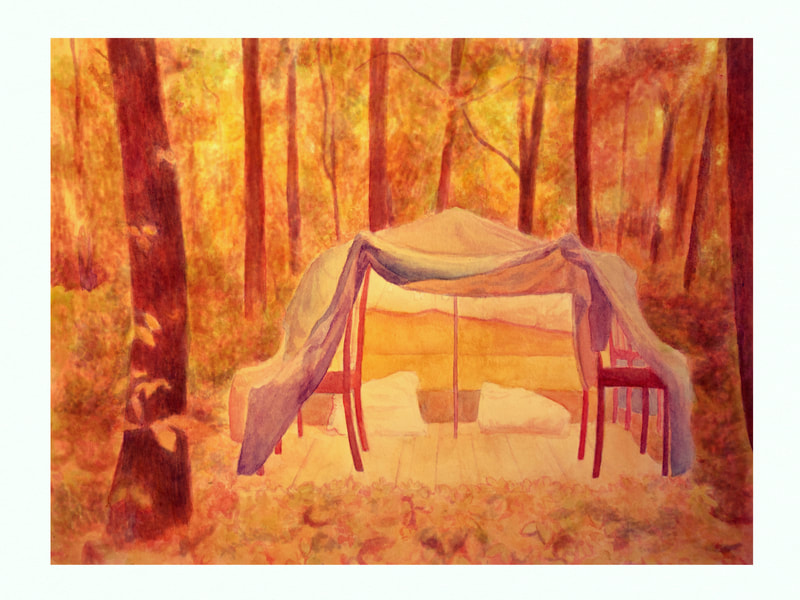 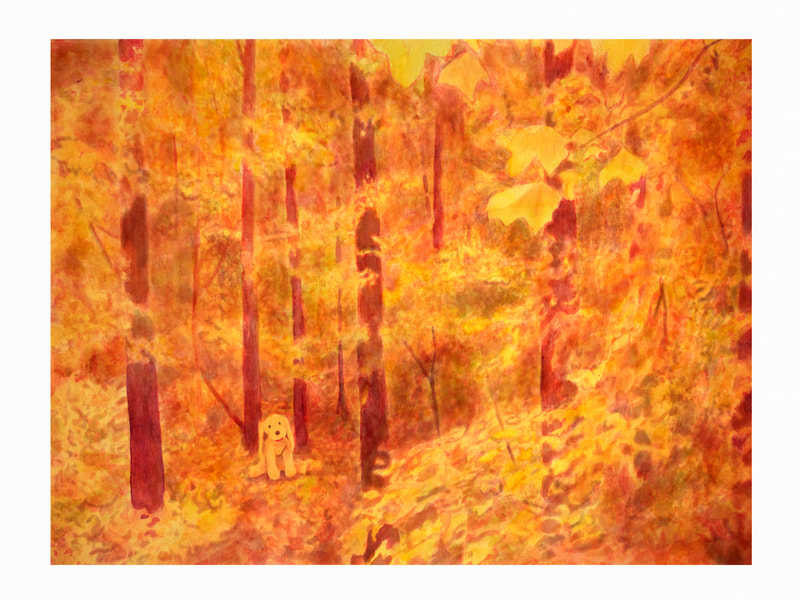 The Waiting Things is about the aspects of dependence and imagination that we live with as children but tend to lose as we grow into adults. I was blessed to grow up with loving grandparents who unfortunately were affected by various ailments like cancer and dementia. Watching them being cared for in their final days, I saw them return to a more child-like existence. Rather than undignified or disheartening, I found this return to be comforting. It seemed a bittersweet reminder of the finiteness of life on earth and of how we must keep faith in a better world beyond the one we know.
Last Spring, I drove past an empty wooden dollhouse on the edge of someone's yard, near the woods. The dollhouse didn't necessarily look abandoned, (the owner probably would have thrown it out instead of keeping it there), but it looked to me as if it was waiting for someone. I was reminded of the idea of waiting once again when I saw small toys and stuffed animals left at gravestones in the local cemetery. This made me think of the aspects of childhood that I saw in my grandparents in their final months, such as an increased dependency on others and in some cases, a departure from the importance of reality. For example, Dementia alters people’s memories and perspectives. Someone affected by Dementia as my grandparents were may see things that aren’t there or wish to speak to someone who has already passed away. This can make caretakers feel far away from their loved ones, and have trouble communicating with them. While I have experienced these feelings of separation, I also remembered how differently I saw the world as a child. Though I didn’t have nearly as much knowledge, I believe my intuition and imagination made me much more understanding of unseen things like love, faith, and possibility. The kind of things that as adults, we may find naive or unreliable. I believe that likewise, people at the end of their lives become more in tune with these concepts precisely because their lives on earth are ending. When you know your time is limited you tend to focus on what you truly find important, and to be more open to seemingly impossible or childish things.
Though the objects I chose were all inspired by my own memories, I hope they are universal enough to speak to the timelessness of childhood for many people. I chose to place these nostalgic items in the woods because to me, forests represent liminal, almost sacred spaces that are distinctly separate from the modern life of a growing person. Forests have always struck me as the best places to contemplate what really matters. It’s difficult to focus on petty arguments or temporary unpleasantries when watching the sun filter down through leaf canopies in every shade of green. Thus, I found them to be the natural setting for the series. The juxtaposition of typically indoor items for children preserved perfectly in the woods was greatly influenced by the Magic Realism art movement. Painters of this era often relied on odd juxtapositions to create universally understood symbols and allegories.